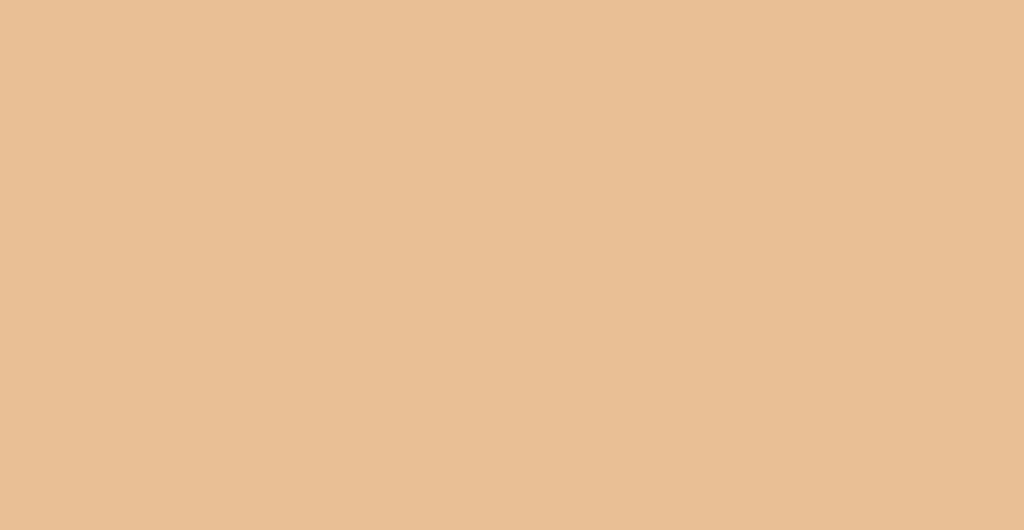 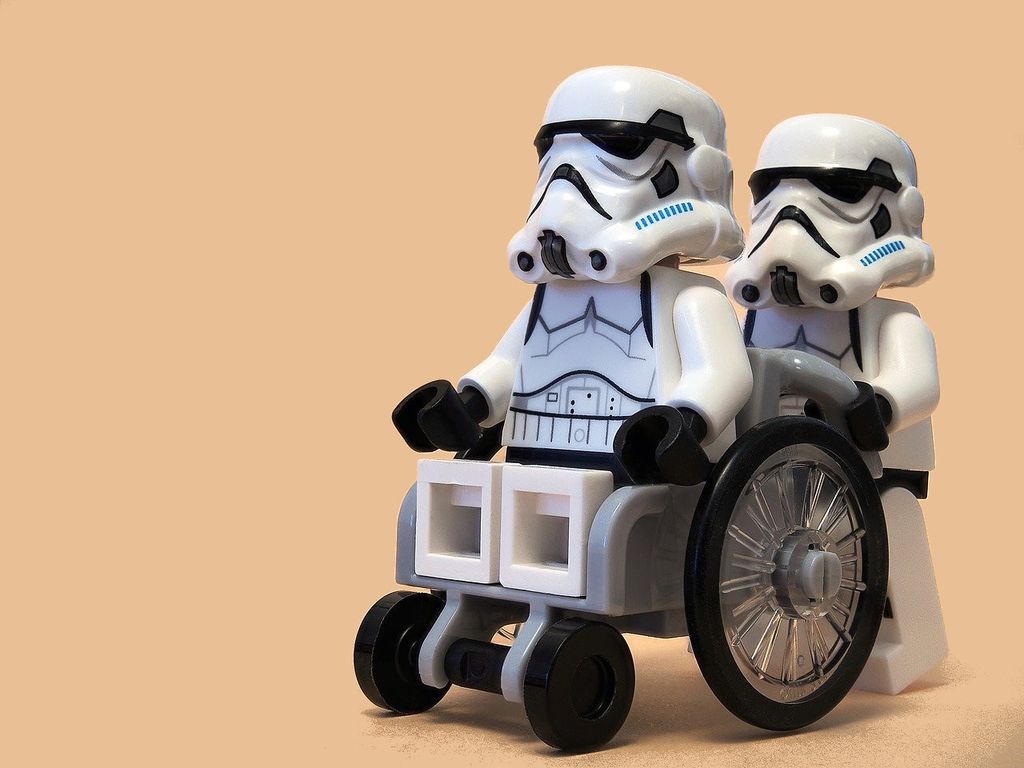 If, like me, that number incites a petrifying feeling of panic, then rest assured that it wasn’t for an emergency. Over here, 999 is the number for emergencies, whilst 111 can be used to contact the NHS for medical advice.

So, not an emergency. No dry persistent cough. No sudden onset of a fever. Sweet.

We were simply enjoying a leisurely evening walk through the park during unlimited-outdoor-exercise-lockdown, throwing around a tennis ball, when along came the temptation to play some soccer - sorry - ‘football’ with said tennis ball. Five minutes later, I was lying on the ground with my left leg outstretched and a bulging ankle half the size of...a tennis ball. Shouldn’t have gone in for the tackle. I assumed it would be fine and that I could just walk it off so I hobbled home on it for ten minutes, finally caving into the offer of a piggy-back ride for the final stretch.

Now came the test of whether I had retained anything from various first aid trainings over the years; Was it DR ABC? Was it “Ah, ha, ha, ha, stayin’ alive, stayin’ alive”? Was it Sit down. Have a cuppa. Initiate a plan. Take action? (can’t write that one out as an acronym sorry!). Time for Rest, Ice, Compression and Elevation. RICE, that’s the one. Nice. Although, News Flash: Apparently now the acronym you’re supposed to remember is PRICE because you need to Protect (...the NHS) the affected area from further injury first. RICE just didn’t cut the mustard unfortunately.

This was crazy timing. After a couple of months of lockdown, I was finally due back at work in two days time and had planned to walk to and from work which was 35 minutes each way. At this stage, I couldn’t even walk across the living room to the kitchen. Good luck to me for Monday morning. A convenient excuse to get out of doing any cooking or cleaning, I laid back and tried to ignore the pain caused by any kind of movement. I experimented with various ways of crawling and shuffling around the flat since hopping created too much of a jolting movement. I kept my foot elevated throughout the night and hoped that it would magically feel better in the morning.

No such luck. Standing up on my right foot in the morning and feeling the blood rush into my left foot brought the most excruciating throbbing pain. It felt like someone had whacked the top of my foot with a softball bat and was now latched onto it while I dragged them along. Convinced into getting some advice, we searched up the NHS website and made use of the online services. After entering in some basic info and location, I was required to answer some specific questions about the nature of my ankle injury. The resulting verdict from the online questionnaire was:

Oh man. Should I retake the questionnaire? One place I did not want to go in the middle of a pandemic was the hospital.

Now, despite living in London for half a year, we still hadn’t registered for a GP. *Hides in shame* Well, we had done half of the job; incomplete registration forms for our local practice sat in a pile of ‘things I’m definitely going to do tomorrow’. Fortunately, this half-done job turned out to be enough this time (phewf!) as I had at least been allocated a NHS number and the initial stage of my GP registration showed up on the system.

Not convinced yet, the next step was to take the plunge and dial the three-digit number that I hoped I’d never have to ring. Many excuses later, after psyching myself up and rehearsing my script in my head for the tenth time, I made the call. Nervous about what to expect, I was relieved to hear a friendly voice on the other end of the line ready to help. I was pleasantly surprised with the ease of the whole phone call process. After giving basic details on the injury, I was told that I would get a call back from another staff member but that the wait time might be up to twenty minutes.

Turns out that there wasn’t even enough time to put in a breakfast in bed order to my recently acquired personal assistant, as the call came through almost immediately. I was greeted by another friendly lady who asked further questions before passing me onto a doctor. The doctor reassured me that it was worth getting an x-ray even if I suspected nothing was broken. She asked if I was alright with getting to our closest urgent care centre, even saying that an ambulance could give me a lift if I was prepared to wait up to four hours. There was no way I was going to take an ambulance but it was a nice thought to know that one could be there for me if I needed it. The doctor also checked that we knew where to go and explained that anyone there with Covid symptoms would be in the main section of the hospital so we should be fine to avoid coming into contact with them.

Mobilising the troops (well, just us two), we shimmied the compression sock up and over my swollen ankle, whacked on some going out clothes for this exciting outing (ie hoodies and track pants) and called an Uber. It was a weird but strangely normal feeling being in a vehicle again and, although we didn’t chat much, it was nice to interact with another person after all of these weeks of lock down. Getting out of the Uber at the hospital was not my most graceful maneuver; I almost tripped and fell flat on my face as I attempted to hop onto the curb. I think only one person saw me but I was dead embarrassed at that.

For the first time in my life, I was given a wheelchair. Must be a real patient now! Despite the buzz, I had to be pushed and couldn’t move myself at all, so that was a bit of a helpless feeling. We went to the urgent care entrance and immediately were given hand sanitiser. I was only allowed to go in by myself so was left in the hands of the security guard to don a face mask and be wheeled inside.

I’d never seen such an empty waiting room. There was one person waiting in the far corner, surrounded by social distancing tape on the seats either side of him, and one person standing across the room getting their blood pressure taken by a nurse. When filling in paperwork, I always worry that I won’t know the answers or enter in the right information. Today in particular, this was the first test of whether the Immigration Health Surcharge as part of my visa application was a legit thing.

Pass! Paperwork got the all clear and I was carted off to the waiting area. Nothing much to do other than watch the security guards and try to read their facial expressions through their face masks. The nurse that spoke to me first assumed that I had been playing football with a group of people and reminded me about social distancing. That would’ve been far more impressive than the reality of kicking around a tennis ball.

Apparently all of the nurses find it easier to pull patients backwards in the hospital wheelchairs so I experienced a few joyrides down the long corridors, oddly always with unexpected speed bumps in the flooring that the nurses never remembered about. One nurse checked for pain points in my foot and range of motion, before I was taken to an x-ray room where there were another four nurses working. Every nurse was very calm, friendly and made me feel well looked after.

Not even ten minutes later and I had already received back my result; nothing broken, just a sprain! This meant that my recovery time would be significantly shorter and I wouldn’t have to worry about my ankle healing incorrectly if I got moving again. The nurse delivering this news said that in the next couple of days, I should be able to start walking on it again and that getting back the range of motion was important - just no football for a while. He needn’t have reminded me of that. I wasn’t going anywhere near a tennis ball for some time to come.

A quick Uber home, and the round trip had only taken an hour and a quarter. Not bad. I was super impressed with the NHS service all-round and it turned out that heading into hospital in lockdown was a surprisingly pleasant outing. No fuss, friendly service, quick responses from the host. 4.5/5 stars. Just missing the lollipop from the doctor for being a brave little girl.

One and a half weeks later and the swelling in my ankle has gone down quite a lot, although it continues to bruise up after I take my shoes off or it heats up. I managed to walk to work just fine and even snuck in a few planks and squats for Joe Wicks. My range of motion is steadily improving thanks to some exercises - flexing and pointing, tracing the alphabet and my least favourite; picking up things with my toes (I can barely manage that with my good foot!).

*Update May 2021* RIP left foot. Running continues to aggravate my ankle or side of my foot and I still need to be extra cautious on uneven ground. We did get a football for Christmas but kicking or tackling with my left foot remains a no-go. Sigh.

If you’d asked me last year what exciting things I thought I’d be doing heading into summer in Europe and I wouldn’t have picked this experience, but I’ll take it for now.

Bringing Les Mills to the classroom

Taking the coaching feedback from Les Mills and using it to improve my classroom teaching practice too!

Bringing Les Mills to the classroom

Taking the coaching feedback from Les Mills and using it to improve my classroom teaching practice too!