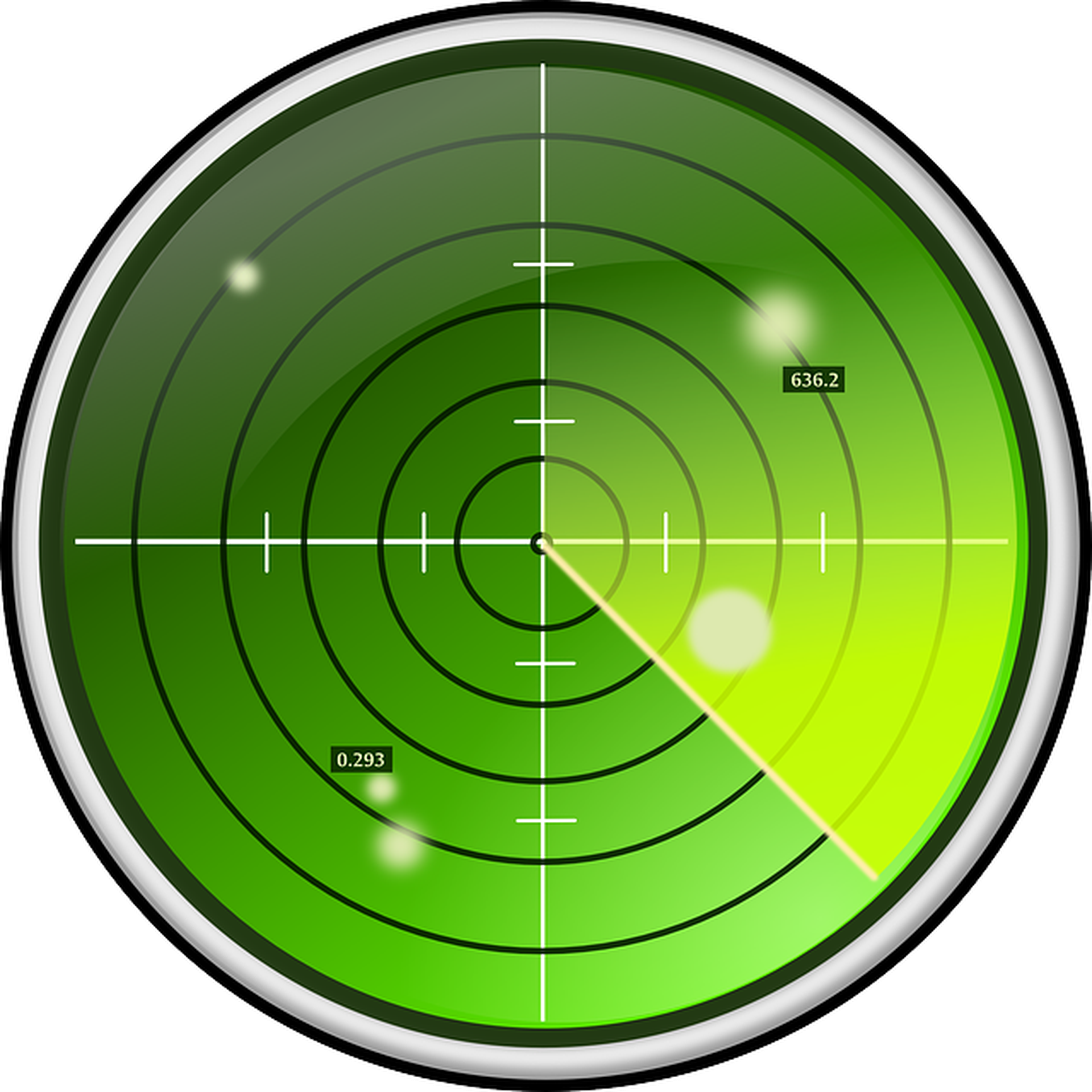 A peek inside London schools and their COVID-secure practices

After the summer holidays, schools around the UK reopened for the masses. Government guidance stressed that all students who could return to school should return to school. The phased return to school in June for some year groups came with social distancing rules and a strict limit of 15 students per class bubble. No longer feasible, these rules were scrapped and bubbles could be as big as a whole year group. Check out the run down here. 📃

A return to normal? If the new normal was a life of uncertainty and splash of hand sanitiser then I guess so.

There’s been a huge variation in the procedures implemented to keep staff, students and parents safe. Some schools have been strict on social distancing and hygiene rules while others are basically running business as usual. 🤷‍♀️

What systems did your school introduce upon mass reopening? Share your experiences here.

Here’s what I observed across the board at the schools I’ve taught at:

In my experience this has ranged from 2 metre rules to 0 metres. 0 metres being when I spent half a day in Nursery with 3 year-olds who wanted nothing more than to sit on my lap and have a story read to them. Similarly, teaching Reception (4 year-olds), Year 1 and 2, I had the same problem of children coming too close and not registering that there was anything wrong with their actions. Students were encouraged to give each other space but, in reality, just interacted like they would in the pre-COVID days.

Understandably, once I moved into a secondary school environment, students (particularly the Year 12 and 13s) had a better grasp on the importance of social distancing. The classroom environment was set up with a teacher only zone at the front of the room marked by a thick line of yellow tape. Teachers were to stay in their zone throughout the lesson to stay socially distanced. Bubbles were not allowed to mix on the school site and students had to be supervised when moving between spaces to ensure groups didn’t interact. In saying all this, students by no means socially distanced themselves from those in their bubble and I have no doubt that after school they’d mingle with friends from different classes and year groups.

I noticed that staff in primary schools were pretty relaxed about social distancing if you were in their direct team and many colleagues just hung out like normal. Staff in different departments or teams e.g. Admin were more cautious and avoided mixing where possible. It was more the organised gatherings like staff meetings where I could see enforced social distancing. Lots of schools moved staff meetings to halls where staff could be spread out around the room. At my secondary school, staff never met all together in one space and whole staff meetings were conducted over Google Meet.

All schools had signage and one-way systems in place. How strictly these were followed was questionable in some schools but it was more likely to be individuals not following the rules and anything with classes of students was taken more seriously. Tables in many school were arranged in an “old-school” fashion with tables in rows facing the front rather than arranged for group work. Students could not sit socially distanced though because of the return to normal class sizes.

Parents were not allowed inside any of the schools I was at. There were cordoned off walkways with one-way systems which discouraged parents from lingering around to chat to teachers or other parents. At one school, parents waited on the grass and driveway area in front of the school and children were dismissed one at a time to them.

The SEN school I went to was a clear outlier here. It could’ve been any school year there. No real signs of anything being any different. I couldn’t socially distance while supporting my 16-17 year old students with eating, learning activities, relaxation exercises and toileting and I was confined to small spaces. COVID was well down the list of concerns.

In most primary schools I taught at, students had to wash their hands upon arrival and before lunch time and then use hand sanitiser before and after break times. In one school, outdoor hand washing basins were brought in for each bubble. All schools had hand sanitiser dispensers although some schools were better than others at keeping these topped up.

In primary schools, students were allowed to go to the bathroom by themselves as long as there was no one from another class in the bathroom. At my secondary school, teachers had to email the office with a toilet pass request and wait until a Teacher Aide was free to take the student/s to the bathroom.

I saw hardly any PPE worn at primary schools. A couple of schools required adults to wear masks in hallways and shared spaces like the staffroom (until you sat down then could remove your mask) and during pick up and drop off times. Children were not allowed to wear masks in class time and were asked to store them away while inside. It was a different story in the secondary school setting with all students wearing masks into school, in hallways and other shared spaces and even outside during PE lessons. Teachers had to wear a mask in all shared spaces and either a mask or visor when teaching.

At my secondary school, teachers also had their temperature checked every morning before being allowed into the office to sign in. High temperature and it would be see ya later sunshine!

All schools had made changes to their timetables. Start and finish times were staggered for different year groups starting from as early as 8.30am and finishing as late as 4pm (those poor Year 3 children!). Lesson lengths and break times had changed. Where students may have previously had a short afternoon break, they were reduced down to just getting a short morning break and lunch break to ensure that there was time for all year group bubbles to have separate breaks. There was heightened pressure to be prompt with your break timings as other classes would have to wait for you to clear the area. Everything had to run like clockwork to stop bubbles mixing.

At my secondary school, teachers had to travel to the students in their classes and, where possible, students’ lessons took place in the same couple of classrooms.

Some schools decided to start from where students left off which meant, for example, that Year 4s spent their first half term covering Year 3 Maths work from the Spring and Summer terms. At other schools, they pressed on as usual with the normal structured curriculum.

At some schools, I could tell that the children had been out of routine and were still getting settled after so many months at home. Conversely at other schools, I saw classrooms operating like well-oiled machines and with children powering through their work.

All schools I went to kept their specialist teacher lessons running e.g. PE with coaches. At one school, the specialist Music teacher limited the class numbers to 15 students so teachers had to split their class in two and allow each half to go to Music for half of the block.

No schools had gatherings for assemblies but most had resorted to online assemblies either live or pre-recorded.

Yes - work for secondary school students set on Google Classroom and ‘Live Lessons’ presented on Google Meet if year group bubbles were self-isolating at home. Teacher and student cameras to be turned off for during online lessons for safeguarding reasons. Lessons could be presented from teachers’ homes or school and delivered to students at home or in class with a cover teacher supervising.

Feelings amongst staff and students

I observed a range of reactions and feelings about being back at school:

Some schools required me to fill in forms confirming that I did not display any COVID symptoms, live with anyone with symptoms or recently return from holiday from any destination which required a quarantine period.

One primary school I had previously taught at had a couple of teachers test positive for COVID and I heard that this resulted in their year group bubbles being closed.

At my secondary school, there were several cases of students testing positive. This resulted in whole year group bubbles being closed and students needing to self-isolate for between 7 and 14 days. Since all students were prepared for this situation, teachers were expected to continue conducting structured lessons through Google Meet. The rest of the school carried on running as usual.

So there you have it! Some common practices as well as some clear differences. I don’t think that any systems I’ve seen are perfect but all schools are taking some kind of action to operate safely, unless under exceptional circumstances. It's clear that they have taken into account the need to make school as inviting and familiar as possible for students in what has been an unsettling rollercoaster of a year. Whether warranted or not, I felt safe in all the schools I taught in this term and am glad that they’ve stayed open for at least the selfish reason of keeping me in work!

Did you feel safe teaching at your school this year? Do you think your school got the balance right? ⚖️ Let me know your thoughts!

What happened after my school closed? With school as we knew it on hold, what did this new world of remote learning look like?

Warm Up Games for PE

A range of fun, low-prep warm up activities for your next PE lesson!

What happened after my school closed? With school as we knew it on hold, what did this new world of remote learning look like?

Warm Up Games for PE

A range of fun, low-prep warm up activities for your next PE lesson!