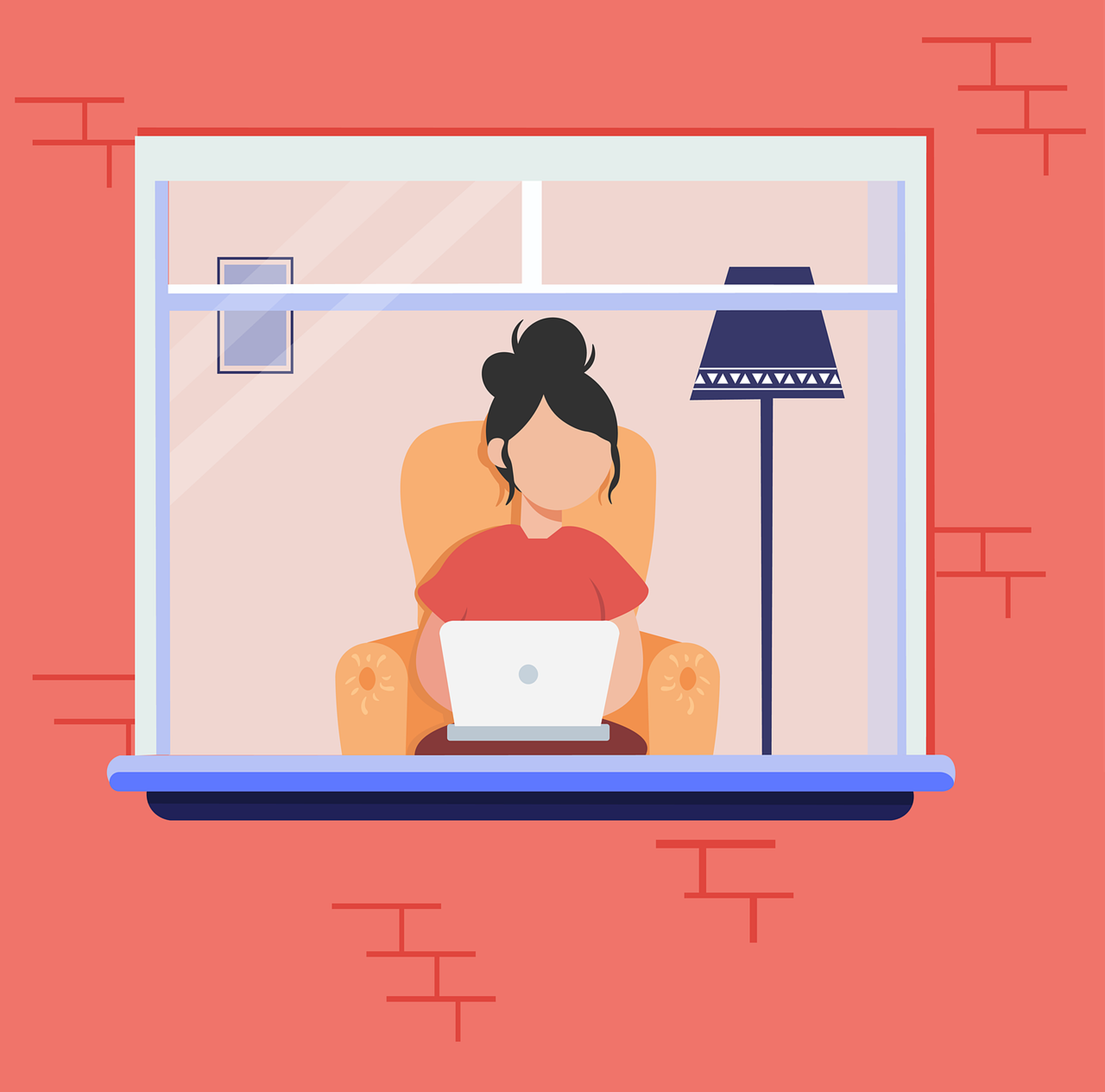 Entering the world of remote teaching

We left off with my school shutting down. Was it going to stay offline for long or was this but a quick restart with a few system updates? 💻

Missed the first part of my Experiences of Teaching in 2020 - School Shutdown? Read on here.

We didn't have to wait long to get an update. The next morning we received an email saying that after Boris’ announcement, the expectation was that the school would stay open for vulnerable groups of pupils and the children of key workers. How many students were we talking? At this stage, the school didn’t know but the expectation was that this provision would continue through the Easter holiday.

The email ended with “I know this is not what everyone wants to hear at this time but be aware that you need to be available to come into school...from Monday.”

Fresh off reading that ominous message, I had to suppress the bubbling feelings of uncertainty and launch straight into another round of flat hunting: Finding a Flat - Part 3: Hunting for a Gem 💎

Back at school as if we never left. But things were different. With the staffroom considered too small of a space for a group, we were spread out across different tables in the hall with chairs placed on opposite ends to allow social distancing.

We were talked through some guidance information from the government about COVID transmission and the required periods of isolation if someone presented symptoms. It was confirmed that there would be children of key workers at school (3 were in that day) although there weren't many parents of 'vulnerable' children who actually wanted to send their child back. A 6-week rota system was devised with 6 teams of around 6 teachers/support staff. The way it would work was that each team would be on-call for a week then in at school for the following week. This meant that there would always be back-up teachers in case anyone from the team before displayed symptoms/tested positive and the whole team had to self-isolate. 😷

If we were not in school, we would be expected to conduct well-being calls to our students once per week and continue to prepare sets of 10 days of home learning work within our year group teams. We had to assume that students would have limited access to devices as they would likely be sharing with siblings and only older students were expected to use Google Classroom to submit work.

At the end of the staff meeting, we were split into groups and delegated various tasks to complete around the school from clearing out storage areas and offices, to making identical sets of PE equipment to be quarantined after use, to removing soft furnishings from rooms, to making up arts and crafts packs.

First of the many rounds of calling parents. Many hours to follow of listening to a voicemail-less phone ringing out, giving tech support and trying to interpret muffled utterings over a line with poor reception. 📵

For privacy, I dialled #31# before calling any parent phone number. After calling the first 3 numbers on my list, I had a 0% pick-up rate. I generally avoid answering calls from unknown numbers myself so I suppose I couldn't complain too loudly about the frustrating situation I found myself in.

I spent about 25 minutes on a call with a parent just going around in circles trying to figure out what they were asking and endeavouring to answer their tech questions. It sounded like many students hadn't left the house in the past week and were still on Day 1 of their home learning work. There were some students happy to hear a familiar voice but being so young, it was quite hard to have much of a conversation with them outside of “How are you feeling?" "What have you been doing today?" "Remember to do your reading on Bug Club!”

Along came our Year 1 Stories YouTube channel! We posted some videos of ourselves reading stories for our students. For all of us, this felt like the first big hit with getting our students really excited about home learning.

We had to take our channel down just short of a month after starting it because of safeguarding reasons. Here are a couple of my clips though:

🦁 Rumble in the Jungle & Can You Feel the Love Tonight 🎤

I was welcomed into the C21st with my first Zoom meeting (what a professional). I’m pretty sure that after all of us putting on our best smart-casual outfits, we still spent the whole meeting fiddling with our hair, rocking at least 3 hairstyles whilst doing enough affirmative nods to look like we were being productive. With it looking like we could get carried away talking for hours, we were saved by the bell of the 40 minute cut off on the free version of Zoom. Why would anyone upgrade? 😆

From what we gathered in phone calls home to students and parents, our students were not very engaged with the home learning work. We were introduced to Screencastify which allowed us to record our screens with us talking over (either with video or just voice over). I think that this was a great idea to support our students but it was quite time-consuming as it sometimes took a few takes to get up to a standard I was happy with and then it was a bit fiddly going through editing and saving settings and attaching it to the home learning documents. The 5 minute cap on recording time also caught me out on a couple of occasions so I ended up re-filming large chunks of explanations.

We had our first meetings about writing reports for our students. These would mostly be based on what we had observed at school with some comment on their attitude towards learning during lockdown. I was initially a bit worried about having enough to write as I’d spent half of my time as these students’ class teacher away from school. How would I be able to remember what their next steps in Reading were? What strategies did they use when decoding?

Thankfully this task wasn’t as challenging as I’d anticipated. As I worked methodically through the reports in the next couple of weeks, I not only completed them ahead of schedule but wrote an article about report writing. What a geek. 🤓

We started awarding Bug Club and Numbots champion of the week online certificates to students as a way to motivate them to log the most hours of work each week.

Boris announced that Reception, Year 1 and Year 6 would need to return to school for the start of term (Nursery would return too but that small detail was missing from the press conference announcement). I initially felt like I’d drawn the short straw because if I’d be teaching another year level, I’d still just be working from home. On the other hand, I did appreciate an excuse to leave the house and interact with other people.

I was in school for a week of looking after the children of key workers. I was supposed to be in on Monday but I managed to sprain my ankle and walking around had been extremely painful. Here’s the full story: First Time Calling 111.

Our responsibility was to provide ‘childcare’ not ‘education’ to the students at school. There were 3 students in the morning and an additional 2 who joined for the afternoons. That was it. We had 6 teachers and TAs as well as the senior leadership team at school so the ratio of adults to children was pretty unprecedented.

Our schedule was: A Joe Wicks workout for half an hour, Literacy (year group home learning work), Break, Maths, Lunch, Outdoor games (many a time ending up as a water fight), Arts & Crafts then Home time! Pretty chilled. It was weird not having to manage a class of 25+ students - there was time to actually get bored in all the peace and quiet.

When we weren’t with the students, we were completing bits and pieces of admin tasks around the school and working on stripping down the classrooms and doing the biggest the spring clean the school had ever seen. 🧹

After a huge uproar from parents about the proposed school return, the reopening date was pushed back to Monday 8th June. I spent the day calling parents to find out how many of them would send their child back. Most of the parents I called fell into 2 diametrically opposed camps:

a). Thank goodness you asked! I can’t cope another day with my “little angel” at home!

b). Are you joking me? Over my dead body will I send my child back to school! The government is sacrificing our little ones like pigs to the slaughterhouse!

By the end of the day, it was looking like my class would be pretty small but I couldn’t be sure of numbers until closer to the time.

The end of May brought a close to this chapter of working (predominantly) from home. I’d really enjoyed the chance to have a break from the chaos of being in class but I was glad for the kids’ sake that they would now have the opportunity to return to a structured learning environment and gain some much-needed social interaction. 🏫

📕 Next article: Teaching in 2020 School Restart